Empire of the East

Empire of the East by Fred Saberhagen
My rating: 5 of 5 stars

I've read Fred Saberhagen's work for a long time now, since my early teen years when I used to devour his Berserker books. I loved that series of novels and short stories and have extremely fond memories of reading them (some of them, I have yet to read all of them) as a kid. But they were not great literature, at least as my adult brain remembers things. But they were a great yarn, with lots of intriguing stories about these rogue robotic war machines bent on destroying all life in the universe.

So, when I went into the Empire of the East I had, admittedly, very low expectations. I knew, from the Goodman Games announcements regarding their release of Empire of the East materials for the Dungeon Crawl Classics RPG, that this was a swords and science set of novels set in a far post-apocalyptic future whose level of technology and political milieu were decidedly built on those of medieval Europe. I knew there was a tank involved (the armored kind that people in southern California sometimes like to take for a drive) and lots of demons - just look at the cover of the DCC supplement, for example. That is, incidentally, one of the most beautiful covers I've ever seen for any roleplaying supplement. Amazing. That artwork would have taken my expectations up a notch, but, no, I had been fooled before. I was going into this with a heavy dose of skepticism. I was prepared to be disappointed.

Wow. Was I surprised! This book is a gem. I don't want to go through the plot - I'll leave that for you to read - so it's difficult to know where to start . . .

I suppose the first thing that jumped out at me was the language and sentence structure. Saberhagen shows, in these volumes, more writing chops than I would have given him credit for. Far more. Saberhagen is an outstanding writer, stylistically speaking. He's good with turns of phrase and imparts and implies a lot of information in an economical way. For example, there's this sentence, which is used during a scene in which one of the characters has been left alone after his compatriot has climbed up a rope into a cave on a cliffside. They are deep in enemy territory, and Rolf, the one left behind by Thomas, who had gone up to explore, is inexperienced, alone, and in a very dangerous circumstance. After Thomas disappears and the rope stops moving, we read:

The rope hung still, and held time with it.

This is the perfect sentence for the circumstance and speaks volumes about the feelings that Rolf must have felt while waiting for Thomas to return. A simple prop, the rope, is used not to explain the feelings of the character, but is used to allow the reader to get into the character's headspace, to feel those same feelings, all in an unobtrusive, subtle way. It's an absolutely brilliant sentence. And there are many more throughout. However, the narrative moves along quite smoothly, not jilted or hampered by an author's self-conscious attempt to appear clever. No, Saberhagen's feeling flows and feels quite natural to the reader. I'll tell you, as a writer, this is a difficult maneuver to pull, let alone doing it multiple times across over 500 pages of narrative. Again: Brilliant!

Saberhagen's adroit presentation of the inner lives of his characters leads to the second thing that struck me: The characters themselves. No one is "the" hero of the book(s). There are many heroes who play different parts. A group of readers reading this book would each, individually, pick a different "main" character. Given that the book is about a rebellion, over time, of many people, this lends a democratizing aspect to the book. No one is the hero, everyone is the hero. Because no one is typecast as the hero, Saberhagen's characters are allowed to breathe, to be flawed, and to have their personalities develop over the course of the story. I was particularly fond of Chup, a likeable villain at first, then . . . well, I don't want to spoil it for you. Keep in mind that I found Saruman to be the most compelling character in Tolkien's books . . .

The third thing that struck me was the balance between technology and magic. Both not only co-exist in this world, they are inter-twined. It is because of technology that magic is introduced into the world, through the creation of demons, djinn, and elementals that are negotiated with, cajoled, and manipulated into servitude to man. Incidentally, I have no doubt that Jonathan Stroud found inspiration for his character Bartimaeus from this work. No doubt at all. If Stroud tells you anything contrary, he is lying. Those who have read both books know what I mean. The sub-story I am referring to shows a Djinn being summoned by a wizard who cajoles the very reluctant imp into building a technological device of the ancients. I don't think I've read of an instance of magic, born of technology, being used to recreate technology from the time before magic was created. It's complicated . . . but it works perfectly.

Again, I'll leave it to others to reveal and/or spoil the plot. It's a good yarn. But Saberhagen's carefully-crafted writing, excellent characterization, ability to put the reader into his characters' heads, and his intriguing ideas take this story up a notch from your "typical" pulp story. If you are of a more "literary" bent and want to dip your toes into swords sorcery, demons, robots, and, yes, tanks, please give it a try. If you're already a fan of speculative pulpy fiction, grab this and read it now! This book "ups the game," so to speak. Saberhagen has produced an under-known classic.

Maybe I need to go back and give those Berserker books a re-read.

View all my reviews
Posted by Forrest Aguirre at 10:39 AM No comments:

In my move, I have discovered a box of Leviathan 4 anthologies in hardcover. Leviathan 4 followed the World Fantasy Award-winning Leviathan 3 anthology. These are going minimally for about $15 + shipping a piece new on the Amazon 2nd hand market. I'll let mine go for $12 a piece and pick up media mail shipping in the Continental USA. And, if you like, I 'll sign it, since I edited it. Great stories by Jay Lake, Stepan Chapman, Michael Cisco, Ben Peek, Catherine Kasper, KJ Bishop, Darla Beasley, Ursula Pflug, and Tim Jarvis. This is a showcase of the weird and fantastical, all about cities. Ping me and get a copy - I really want these to get out of my writing area so I have more room to create new stuff! Let me know if you want yours signed. And would you just look at that cover art? Rowr! 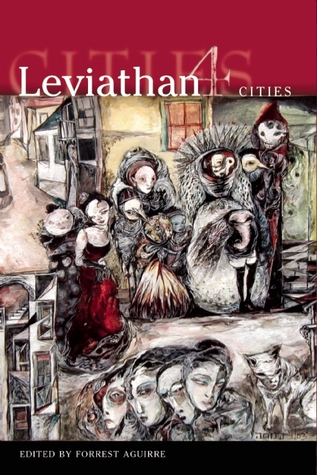 Choose Your Own Adventure/Endless Quest Bundle

I've got some old, fairly beat-up copies of the following. I'd like to get rid of them all at once. First person who offers $20 (Postage paid in Continental USA only) gets them. I'm surprised how much some of these are fetching out there, but these are in crap condition, so 20 bucks gets them all. Pay via paypal.
Included are the following:
D&D Endless Quest Mountain of Mirrors
Choose Your Own Adventure 1, The Cave of Time
CYOA 86 Knights of the Round Table
CYOA 87 Exiled to Earth
CYOA 110 Invaders from Within
CYOA 128 Viking Raiders
I will not split these - it's an all or nothing sale. I will send USPS media mail.
Here are the pictures: 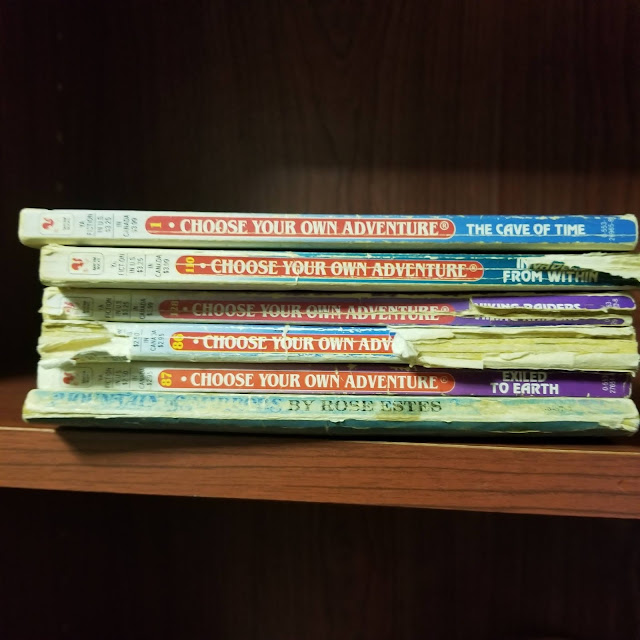 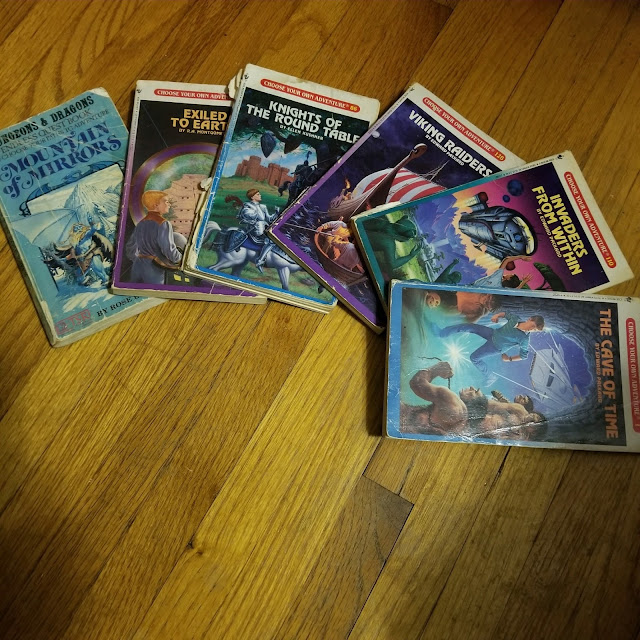 Posted by Forrest Aguirre at 7:13 PM No comments: