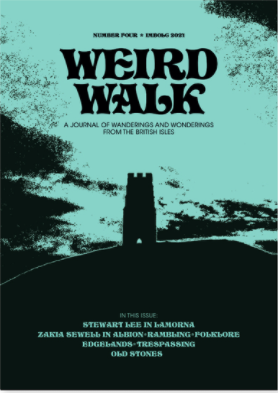 I was not born in England. Though I have Welsh (thanks, Mom) and Irish (thanks, Dad) ancestry, I was born in Germany. But I am not German (well, Mom's mom was German through and through, I suppose). I'm an American, a mongrel, and my Dad's service as a United States Air Force veteran is what brought me to England, back in spring of 1985. I was 15 when we arrived and 18 when I left in 1987. To say my time in England was a formative experience is a pithy understatement. Everything I've done and everything I am since then was profoundly affected by my time there. My wife and I visited in summer of 2019, and I got to see some of my old haunts again (as well as some new ones). I may never be able to afford to go back again, but I hope to. I sincerely hope to. I'd be quite happy to die in the Cotswolds or Wales, out on a day hike. Quite content to lie down on a hill for a nap and never wake up. For now, though, I have to forego my death wish and "travel" from afar. Even if I did have the spare change to take a trip there: coronapocalypse says "no"!

So, I dutifully bought a copy of Weird Walk issue 4. It's the first issue I've bought, and maybe an admittance that I might not make it back there, I don't know. After reading this issue, though, I am sure to continue buying more, forward and backward through the issues. Though I don't want to get too spoilery, I'd like to introduce you to the different essays and reminisces here, as they are well worth your five quid fifty (plus shipping).

First, the zine itself and the layout evoke the old '70s and '80s childrens' shows that Americans were mostly spared, but I had the "pleasure" of seeing (as reruns, by the time I got there). Something about the fonts, the polaroid-quality photos, and the colour-which-I-cannot-quite-identify on which the articles are printed (or in which the words are printed against a black background) makes me think of Children of the Stones. Of course, the seemingly running commentary on megaliths might have something to do with it, too.

We start with Zakia Sewell's outstanding "Questing for Albion," a reminisce about an idealized childhood in the wilds of Wales, before the realization fully set in of what it meant to be a person of mixed-descent in a country founded on colonial exploitation. Moody and poignant, yet hopeful. Cynicism isn't swept entirely aside, but it is kept at bay.

In "Boundary Sounds," Archer Sanderson gives  us "The solo rambler's edgelands primer" to music from the edge, beneath the buzzing pylons, on the periphery of town and country. Good recommendations, though I found the absence of any mention of The Soulless Party to be a profound oversight. Perhaps they are mentioned in another issue and I've just missed it? Glad to see a small shout-out to Pye Corner Audio (another one of my favorites), however. It's difficult to go wrong with the recommendations here - something for everybody.

Stewart Lee takes us on a ramble through Lamorna, in Cornwall, a guided tour of the erstwhile (is it still current? I don't know.) artists colony on the very tippy tip of southwestern England. I've never been to Cornwall, though I have been just north of there. Given Lee's little Baedeker here, I think I shall have to visit there sometime. I do love their pastries!

Apparently a regularly-recurring section of the zine is "Dolmania". It's about, you know, dolmens. If you can't figure that out, you're not allowed to be my friend. The particular dolmen in this issue is the re-jiggered "Hellstone" in Dorsetshire. Peter Jackson missed out by not having this be the barrow-mound (I know, I know, it's not the same thing, but Americans don't know/won't care) where Frodo and his companions find their swords. Oh, that wasn't in the movies? Well then read the freaking book!!! Sorry, I'm still bitter about that. And Tom Bombadil. But I digress.

The next section, an interview with Nick Hayes, is about something near and dear to my heart. It's entitled "How to Trespass". And it is, at least in part, about trespassing. But, really, it's about the activists who are fighting for the legal right to cross another's land. Many countries have laws that state a citizen's right to walk across land owned by another person. England is not one of those countries (hint: neither is America). Hayes and company mean to change that by trespassing - leaving the place better and tidier than it was when they came on the land, but crossing the forbidden boundaries nonetheless. My wife and I found ourselves inadvertently doing this when we got lost off the King's Way in the Cotswolds . . .let's see . . . on four different occasions? After a while, we said "screw it," picked a landmark (the town hall of Morerton-In-Marsh) and just walked toward it. I'm pretty sure we were all sorts of places we weren't supposed to be. And you know what? It felt good! It felt right! So, tread on, I say! Of course, easy for me to say, we had the excuse of being tourists and we were honestly lost. I kept having visions of stumbling into Wakewood.

This issue wraps up with an educational and fascinating look at the Neolithic of the island, a piece about the London Stone that I admittedly hardly understood, and a final piece on a walk through Glastonbury and its environs (another pilgrimage that I must make).

All-in-all, it's quite the excursion. No, it's not the same as wandering the hills, stumbling across ancient stone circles and ruined churches, and finding sweet solace at a pub in the middle of a day-long hike in the heat of summer (trust me on this one), but you know what? This might be the next best thing. I'm looking forward to more excursions this way. They're way easier on the pocketbook.

Posted by Forrest Aguirre at 7:50 PM